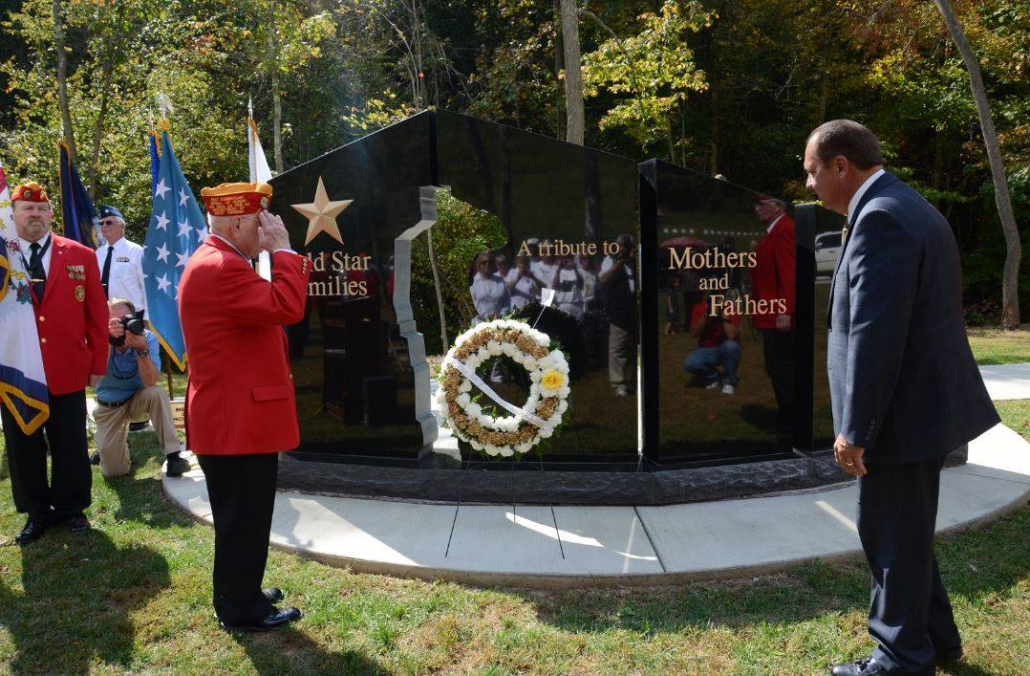 In 2011 Woody Williams, West Virginia native and America’s only living WWII Medal of Honor recipient, asked Kenton Blackwood, Senior Designer and Project Manager at The Thrasher Group, to design a monument to honor the sacrifice made by Gold Star Families.

The Monument is comprised of four large slabs of polished black granite. Inside the graceful arc of the slabs are inscriptions and artwork that represent four ideas: Homeland, Family, Patriot and Sacrifice etched onto each slab. An inscription reads, “To Recognize the Sacrifices made by Families that gave their Sons and Daughters for the Freedom of America.” A simple cut-out of a soldier’s silhouette in the granite slabs represent the missing soldier. Unlike a traditional three-dimensional statue of a soldier, this ‘void’ is symbolic of the missing loved one that can no longer be touched, cannot be embraced.

After the overwhelming response to the first monument installation in 2013 at the Veterans Cemetery in Institute, WV, it became the goal of Mr. Williams to build a Gold Star Family Memorial Monument in every state in the Union. He created the Hershel Woody Williams Medal of Honor Foundation for this effort. (http://www.hwwmohf.org/).

Kenton granted Mr. Williams the formal rights to the design and produced universal drawings gratis, and Mr. Williams began touring the nation looking for potential sites and supporters of the cause. Just a few years later, the Monument has been dedicated in 51 locations across 43 States, and 63 more are under construction. 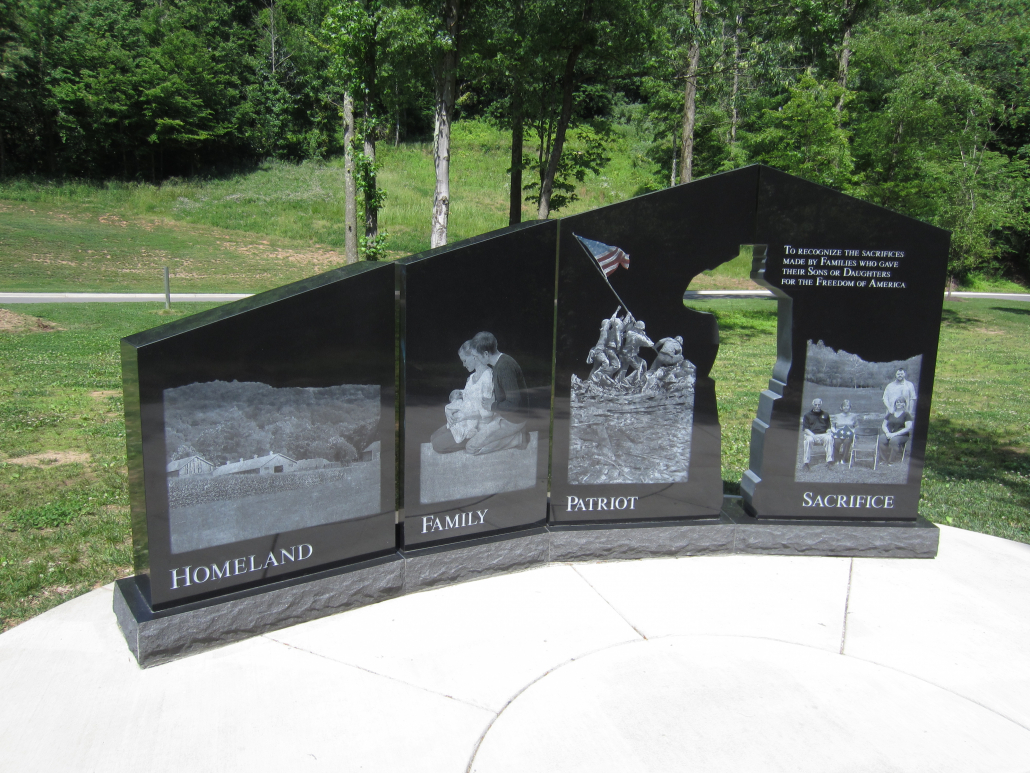 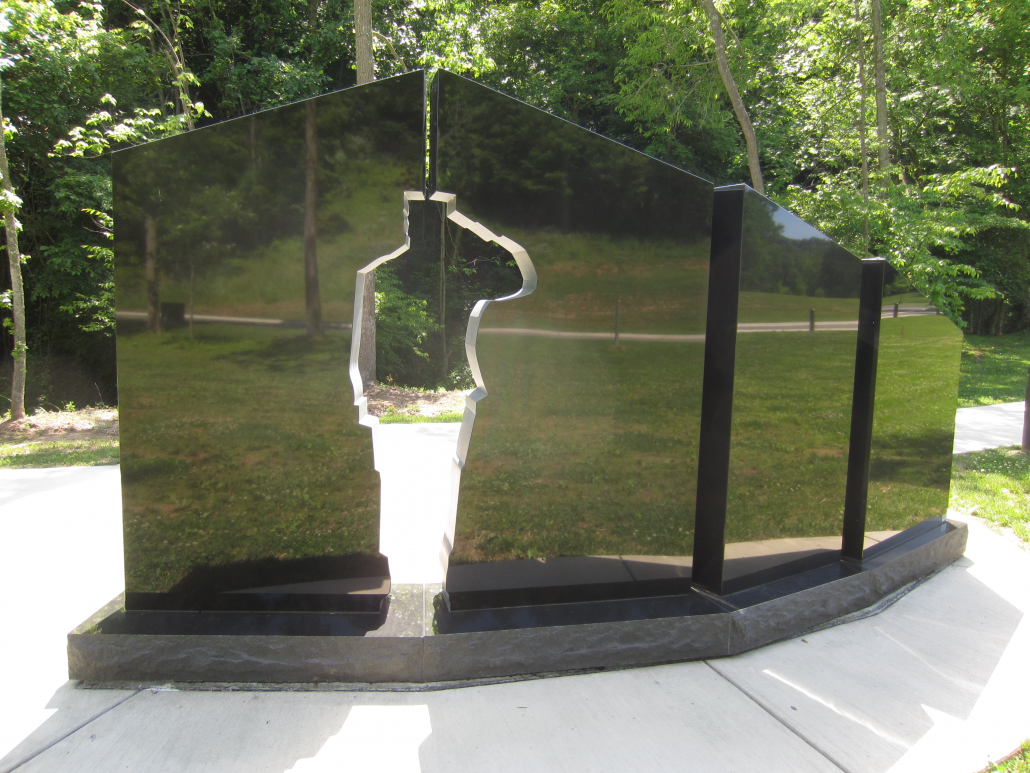