Established in honor of Phil Simmons, the award recognizes an employee that is focused on providing great client experience; continues to learn and seek to improve their skills; serves as a mentor to those around them; and looks for ways to give back to and make a difference in their community. Over 30 heartfelt nominations were received, and, in the end, the committee could not break the tie between Phil Lance and Jared Jenkins. 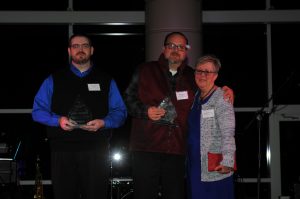 Jared Jenkins is a Survey CADD Technician in the Bridgeport office. He started at Thrasher in 2011 and has been a vital part of the Survey Division ever since. “Jared is quiet and humble but is one of the driving forces behind our continued success with Antero,” wrote one of the nominees. “He continues to make everyone around him better on a daily basis.” Nominated by three different; it is clear he is a mentor for many. 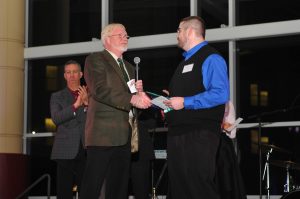 Phil Lantz, a Senior Engineering Technician/CADD Manager in the Bridgeport office, joined the Thrasher team in 1999. Throughout the Utility division, Phil has become a mentor and committed coworker. Phil was nominated by two coworkers. “If there is a problem, you can bet that Phil would be part of the solution,” said the nomination. “He challenged me to improve and sharpen my technical skills, and he was still there to help me piece it all together. He taught me how to absorb what they [Phil Simmons and Clay Riley] were teaching and saying and brought it into a practical view.” Phil embodies life-long learning, staying on top of changing regulations, software programs and so much more. 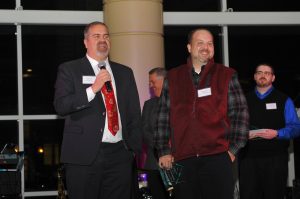 The Project of the Year was awarded to the Malden Public Service District Wastewater Treatment Plant Upgrade for exceeding criteria: client experience, social and economic impact, collaboration between divisions, and use of innovative technologies or methods. Over 100+ employees worked on this facility, involving six of TTG’s seven divisions. The former 38-year-old Malden PSD Plant had exceeded permit limits and was falling apart. With the help of Thrasher, Malden PSD was upgraded to state-of-the-art, operator-friendly facility that has been operating at ‘non-detect’ status. We are extremely proud of the positive impacts on the environment, and the hard work and dedication of all employees involved. The key project leads on this upgrade were: Jesse Alden, Skip Jackson, Jenelle Armstrong, Dave Watson, Steve Buchanan, Brad Messenger and Dan Ferrell. 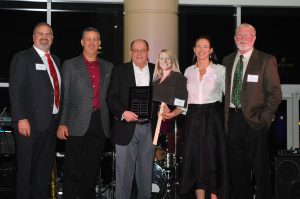